Simulacrum explores new ways of knowledge consumption and production in the age of academic inflation and devaluation of higher education. It is a market of experiences that provides competitive skills and fluid intelligence. There, knowledge turns into a ceaseless landscape of architecture.

Simulacrum replicates real-life challenges and creates imaginary ones. Learning becomes a game with an individualized script. Each script has its own reality that plays in adapting physical space. Inside Simulacrum, the walls rise and fall; the floor changes its topography. The pumps and engines work non-stop adjusting spaces to the imaginary worlds of the educational game. The computer processes and produces virtual realms.

Initially, a student travels through the spaces alone. Later, their path intersects and intertwines with those of others creating common ground for collaboration. The end of the final challenge means one of two things: either the student fails to advance, or the student dives into Ether – the eternal knowledge that can elevate them over competitors in the outside

What prompted the project?

The project is a reaction to the current condition and organizational structure of higher education. Universities are no longer able to provide students with competitive skills and knowledge. The degree is a formal token. The advertised value and consequently, the costs of higher education are inflated. Mere hierarchical knowledge transfer from a teacher to a student does not suffice.

We need new ways of knowledge consumption and production. Simulacrum is a speculation on the alternative future of higher education inspired by the ongoing changes within and around it. The project takes the ubiquity of technology as its starting point. Virtual reality cubes, online tutoring, maker spaces, gaming, robotics, and simulators are some of the ways technology already infiltrates academia. With rare exceptions, technological infrastructure, however, is disconnected from the academic physical spaces.

Academia bears pride in its history and tradition and it is clearly manifested through space. The traditional process of education has produced specific and recognizable spatial layouts. Technological hardware is glued onto the traditional university spaces as an untimely alien patch. Architecture in common is slow to accommodate the ever-changing technologies. And when it does, it becomes obsolete as quickly as that very technology. Virtual reality (/AR/XR/MR) also has to either ignore these physical layouts or work around it as opposed to working along with it. It acts like an overlapped film that doesn’t interact with the environment in which it is projected. This project imagines the space that could accommodate virtual reality. Simulacrum merges physical and non-physical spaces to ameliorate education 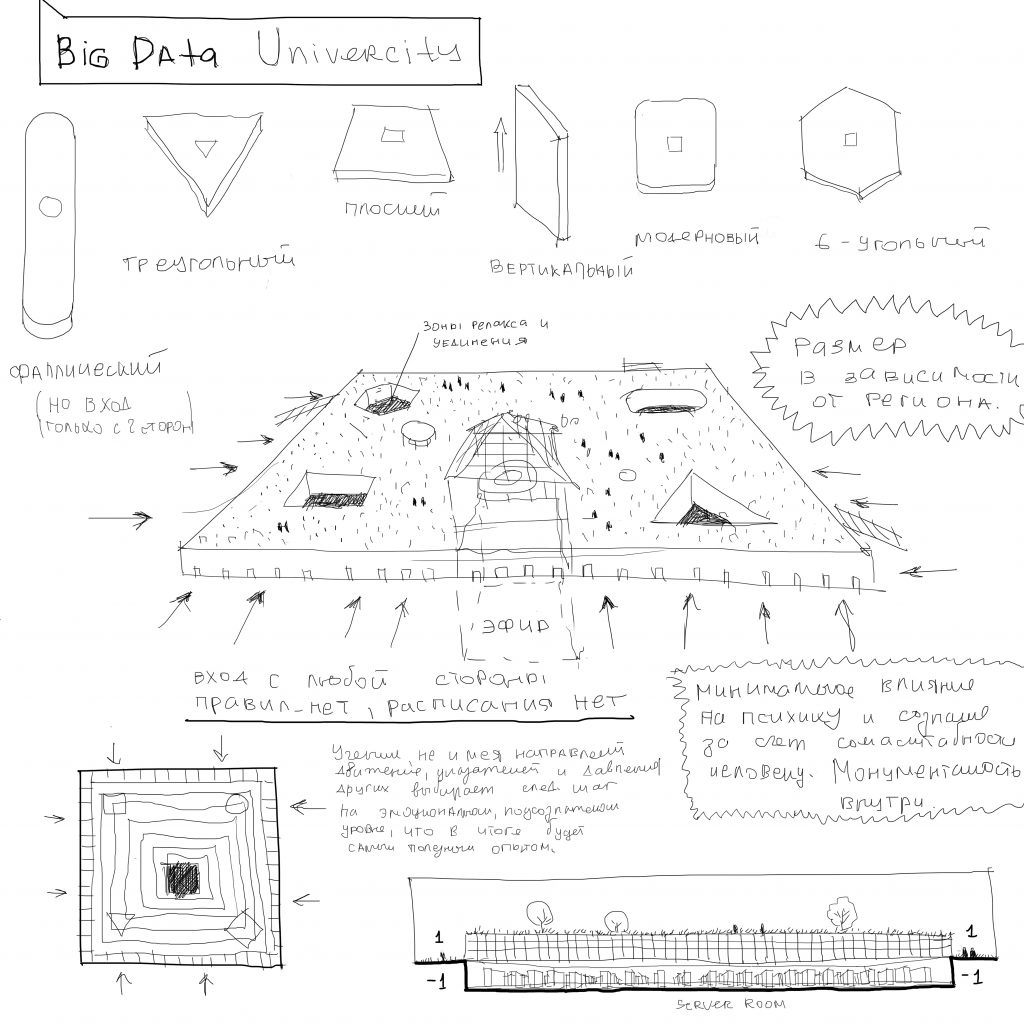 What questions does the project answer?

The traditional university system as an organization and a physical space becomes obsolete. How can higher education stay relevant in a gradually digitalized society? How could its organizational structure and the space it inhabits transform to advance education? As an architectural entity, Simulacrum might not fully resolve these overarching complex questions but it attempts to rethink the very basis of higher education.

University used to be among the main and only places where information was transferred and exchanged. Currently, most of the information can be obtained online. Still, the university’s forte is that it provides physical space for direct human interactions. What else besides face-to-face communication can future university provide? The mere act of being together in space can prompt the knowledge exchange and lead to unexpected discoveries and ideas. Can then space itself become an integral part of education? And by doing so instigate the knowledge and skills that cannot be acquired anywhere else? How can people share ideas and knowledge beyond words and images? Can space become new means in knowledge transfer from person to person?

How do you see the notion of the collective, essential to the practice of architecture, developing and unfolding in such a 'space'?

The challenges in Simulacrum can be experienced and tried collectively as well as individually. However, the notion of collective in this project manifests itself not only through allowing people to face the spaces and go through challenges together. It is about connecting with others on a new spatially-conscious level.

We communicate with each other through various means: words, images, music, our bodies – but we rarely get a chance to express ourselves through space. Due to the current massive time and resource expenditures in the building industry, very few people are free to express themselves through physical structures. It is a privilege. Simulacrum could allow more people to externalize their thoughts and ideas into space. Sharing the imaginary worlds of our minds can help us understand each other deeper, bridge the in-betweenness. Similar to the traditional act of designing and building, these worlds could be also constructed collectively. 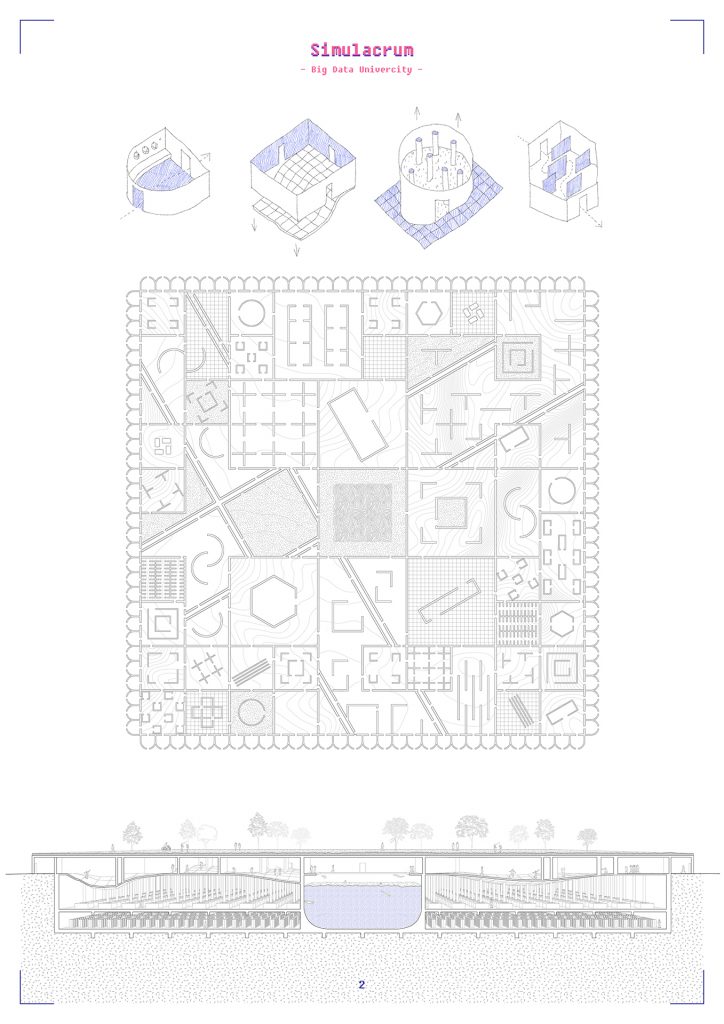 How would you start to speak and narrate the architecture of this new reality?

To start speaking about the architecture of this new reality is, first of all, learning to tell the stories. It is not about describing something seemingly fixed, rigid and permanent. It is about our ability to tell stories as a time-space narration.

Here, the notion of the collective comes in again. Storytelling and the ability to pass these stories from one another is a distinct human feature. It might not be an exact description but a perception of one individual and the ability of others to replicate and retell this perception. The fluid space appears even more fluid through such storytelling, and this produces more freedom and more room for imagination. The description itself becomes an art that is both true and untrue to the reality it depicts.

We need to develop a new vocabulary that can catch the simultaneous, the subtle, and the evasive. We need to emphasize the time dimension of architecture. This dimension has always been there. Due to its slower pace in relation to humanly defined time, we seem to habitually dismiss it. In the anthropocentric universe, we deny architecture its movement, its life beyond our perception.

To document the architecture of this new reality beyond stories, we would need to develop a notation system. Similar to that of dance, it needs to afford sequence, pacing, and rhythm. Such a notational system will allow us to choreograph and replicate these ever-changing spaces. 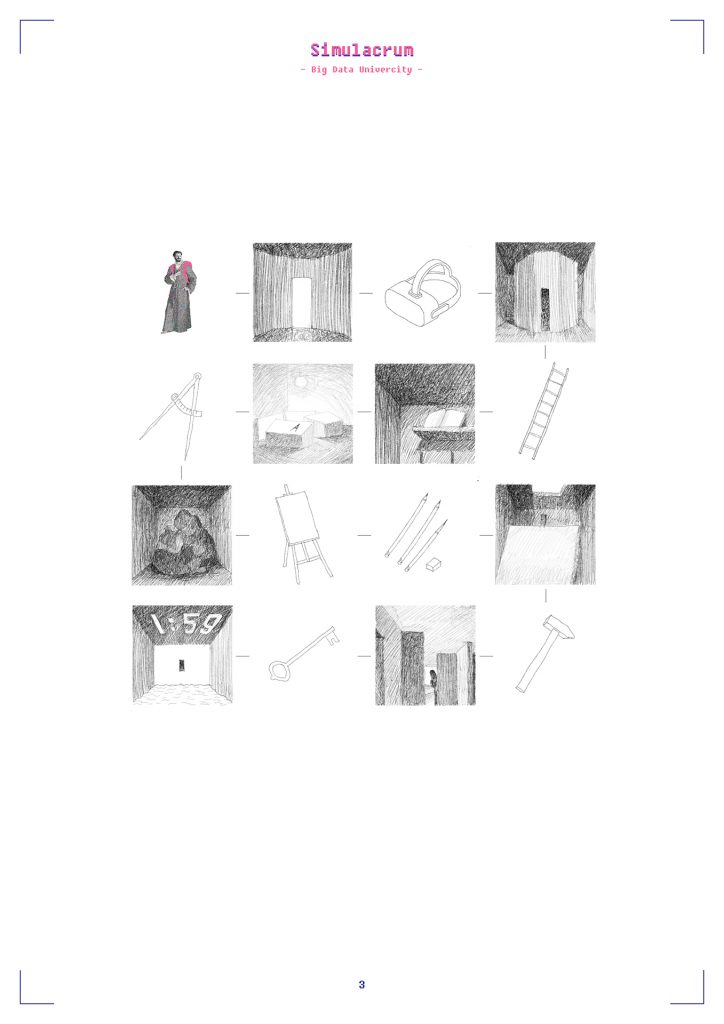 What do you define as knowledge? How would one start to construct the data center for knowledge?

In this project, knowledge is information accumulated inside a human subject and relevant to their field of inquiry. What differs knowledge from pure data is that knowledge requires processing by a mind. Essentially, knowledge derives from thought. Knowledge is affected by the way we discover, perceive, and communicate. It mutates from the way we interpret it as individuals and as a group. Knowledge is not a raw matter, it always has a human factor to it.

Fluid intelligence is the ability of a person to solve tasks. It thrives on a person’s ability to take on harder and harder tasks. It might have a limit depending on their innate features. Simulacrum provides potential growth for both types of intelligence. The challenges develop fluid intelligence, Ether as the prize fills out crystallized intelligence.

To start constructing the data center for knowledge, we would need to, first, collect all the available scientific data. Secondly, we would need to gather materials with various philosophical thoughts. Then, digitized art artifacts that represent different perspectives on the subject matter. After collecting scientific data, philosophical records, art, and other humanities materials, we would need to cross-reference them. Overlapped and juxtaposed, they will create new meaning. It is based on the collective human experience and ways of understanding and interpreting different notions both material and abstract. This challenges the perception of an object or a situation from a uniform perspective or in a single moment of time. Thus, initially untinted data becomes collectively processed knowledge.

Where do you see the potential of virtual reality in the hands of the architect?

“…greatest Monuments of Fame,And Strength and Art are easily out-doneBy Spirits reprobate, and in an hourWhat in an age they with incessant toilAnd hands innumerable scarce perform.”John Milton, Paradise Lost, 1667.

Modern technology is approaching the power prescribed to “Spirits reprobate” in the prominent poem by John Milton. Virtual reality, while still requiring a tangible investment of time and work, can produce an appearance and experience of microcosms that couldn’t be otherwise constructed in the physical world. It supervenes the paper models and drawings of visionary architecture. It takes imaginary structures to the next more elaborate and, ironically, tangible level.

Virtual reality can itself become the means of communication between people who don’t have a common spoken language. Architectural form evokes conscious and subconscious associations between the scale, material, disposition of elements and hidden social meaning. Many of these associations are common among various cultures. Hidden layers of meaning, not fully translated through the built form, can be presented by more unambiguous non-architectural forms and processes. Virtual reality can emphasize the eventful nature of architecture. Accentuated space does not only accommodate events but becomes an active event, a pronounced process itself.

The danger of virtual reality lies in its ability to nearly fully replace the material reality. People can be overwhelmed by the fantasies within artificial and imaginary. But in the world where physical and virtual cannot be separated any longer will it even matter? 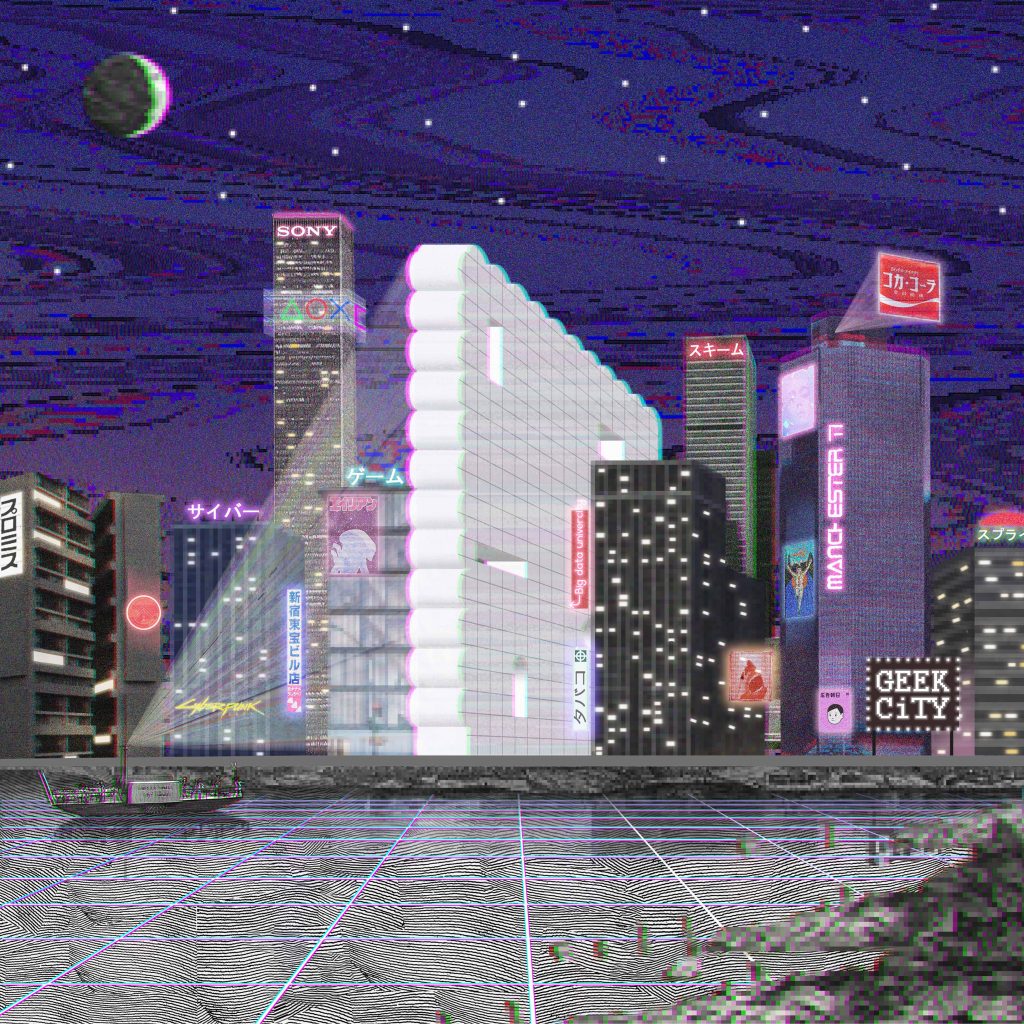 How and to what extent is this future a possibility?

With the possibilities created by technology, this future might be only a question of time, resources, and collective determination. The advancement of modern science makes this speculative project feasible to a certain extent even now. There are already technologies that can extract words from the human brain and partially reconstruct images appearing in our dreams. Various tools exist and are widely used to process and analyze written, visual, audial, and spatial data. Motion tracking devices follow the slightest change in the position of our bodies. Going into the specifics of Simulacrum, just these technologies might lay the foundation for both Ether and the process of putting imaginary spaces into a physical form.

Both the virtual reality and the material component of such an institution will require considerable investment. The fluid space of Simulacrum doesn’t change by magic. It is enabled by powerful devices that can physically shift architectural elements to adjust the environment to the virtual reality that accompanies it. Infrastructure takes one of the most important places in the project both ideationally and physically. While the computers in the future might not take much space, the shifting building system will always do.

The University of the future, however, might be completely different from what this project imagines. Looking back at history, we know that most of the projects that intend to visualize the future fail dramatically. The main incentive of the project is not to provide an exact design for a university. It aims to incite discussions about the possible futures of higher education. It urges a strong and deliberate change that takes into consideration both material and virtual and takes advantage of our bodily consciousness.

What is to you the architect's most important tool? 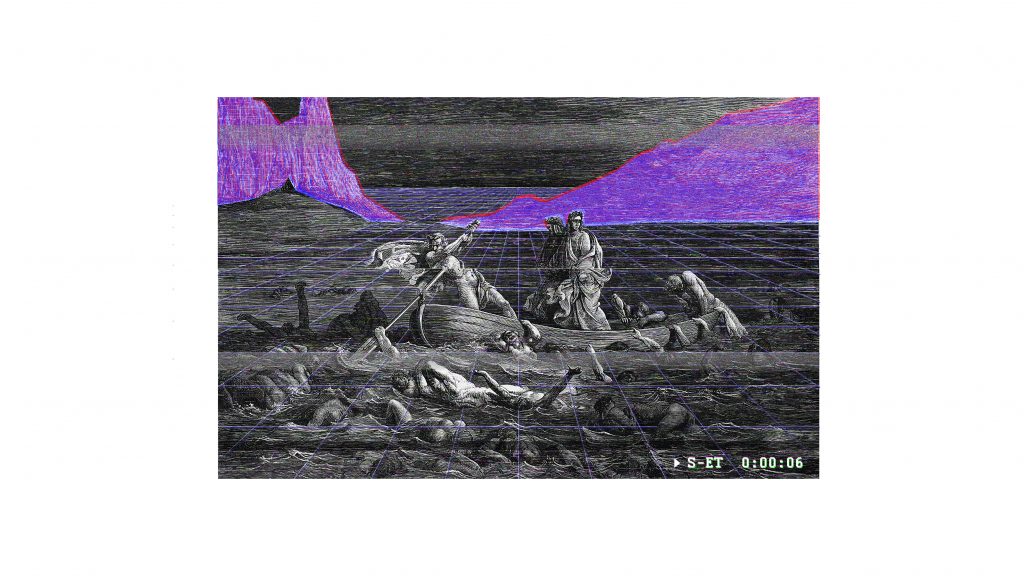 We discuss. We draw. We build. We write something. We have fun, we get angry. We like people. And don’t like some. We get excited. We get frustrated. We celebrate. You can see some results of these motions in Russia, Sweden, Hong Kong, US, and overpopulated with commercials (some number)N. Or come talk to us and we’ll start this cycle again. 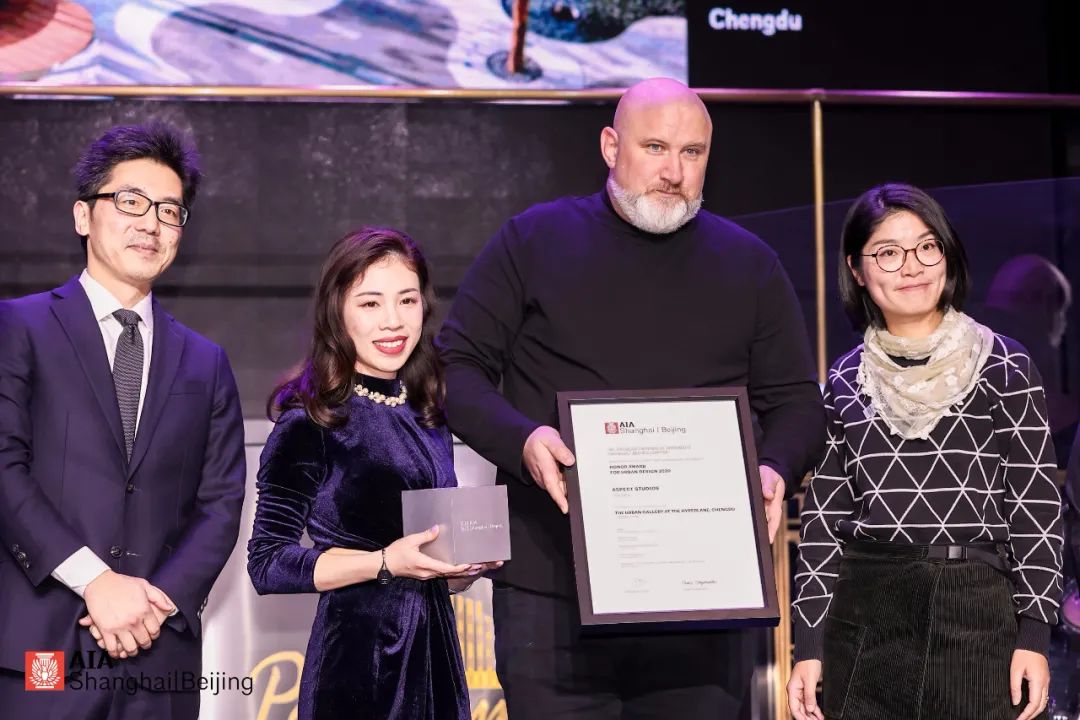 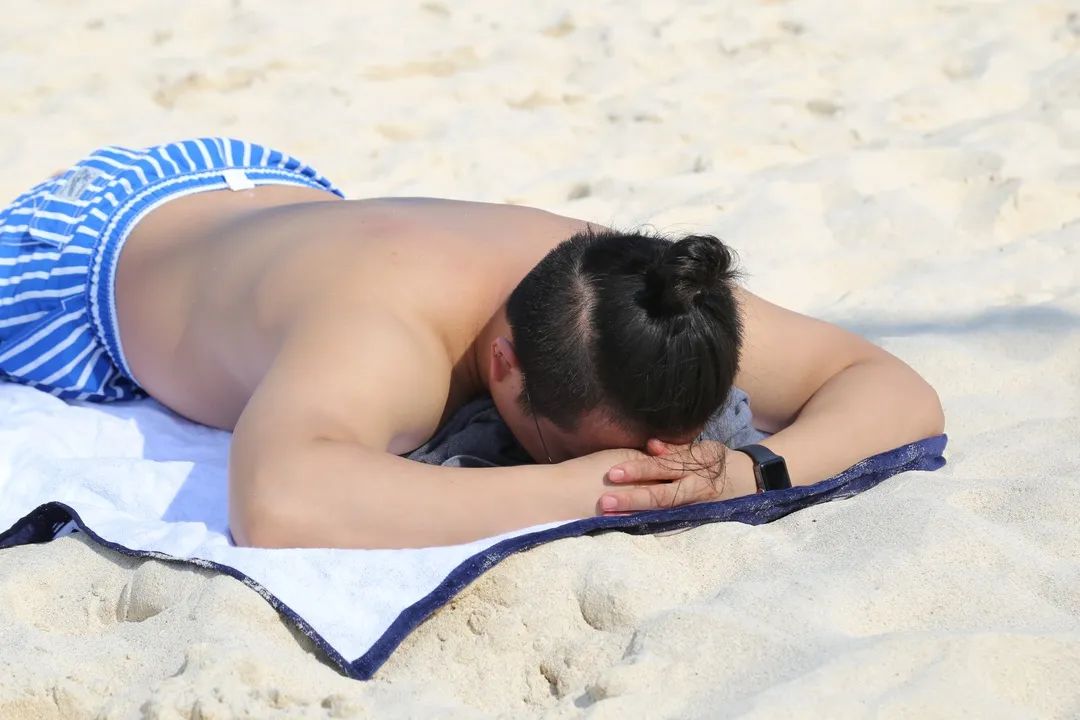 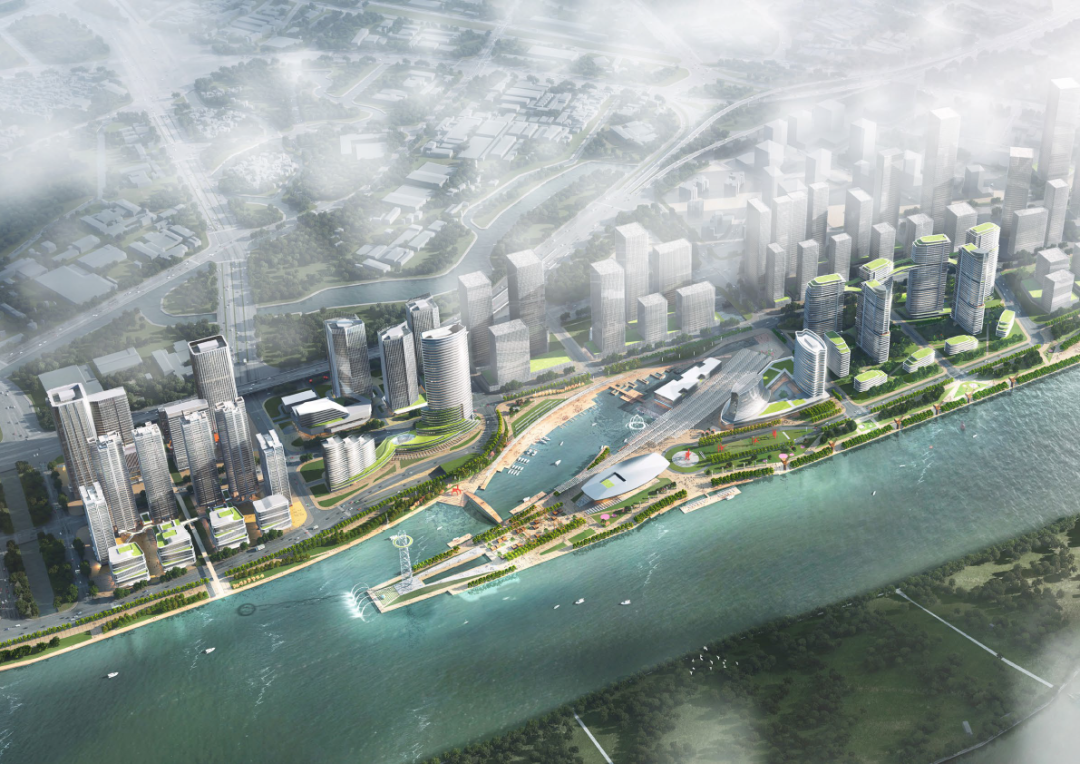 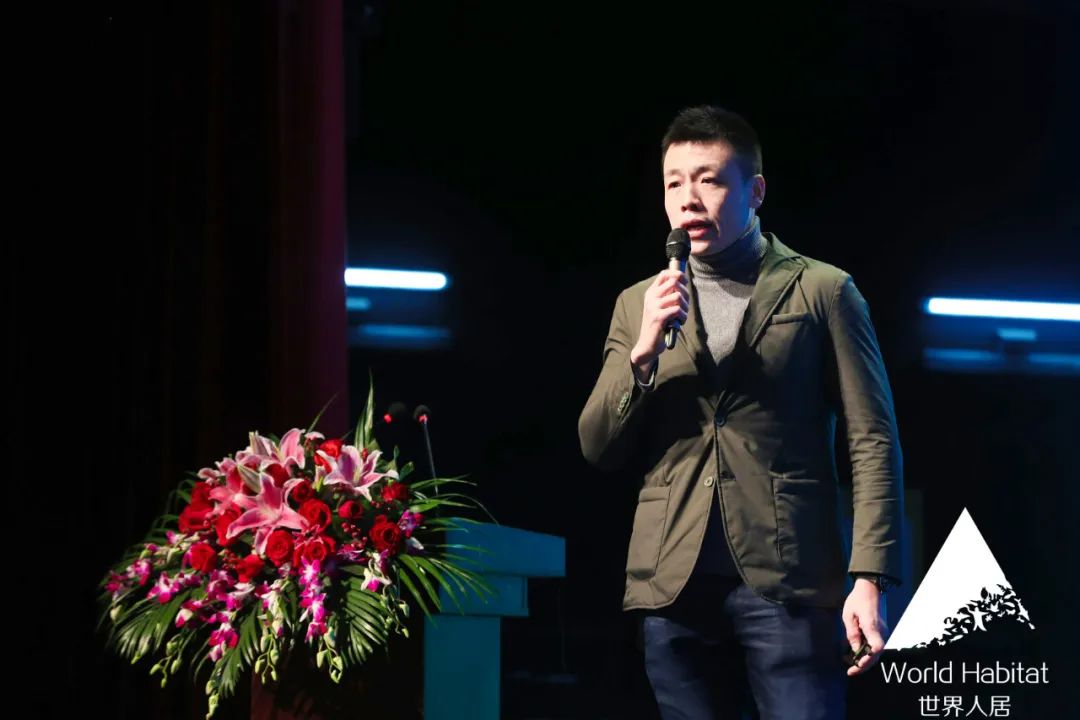 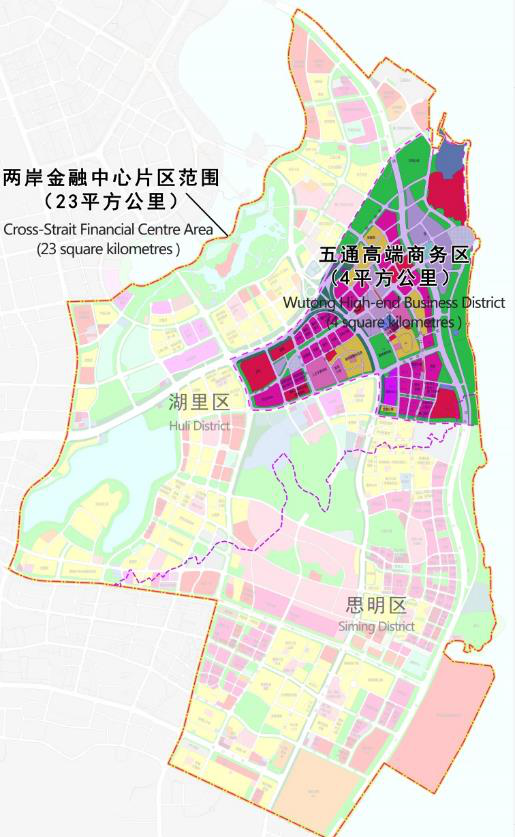 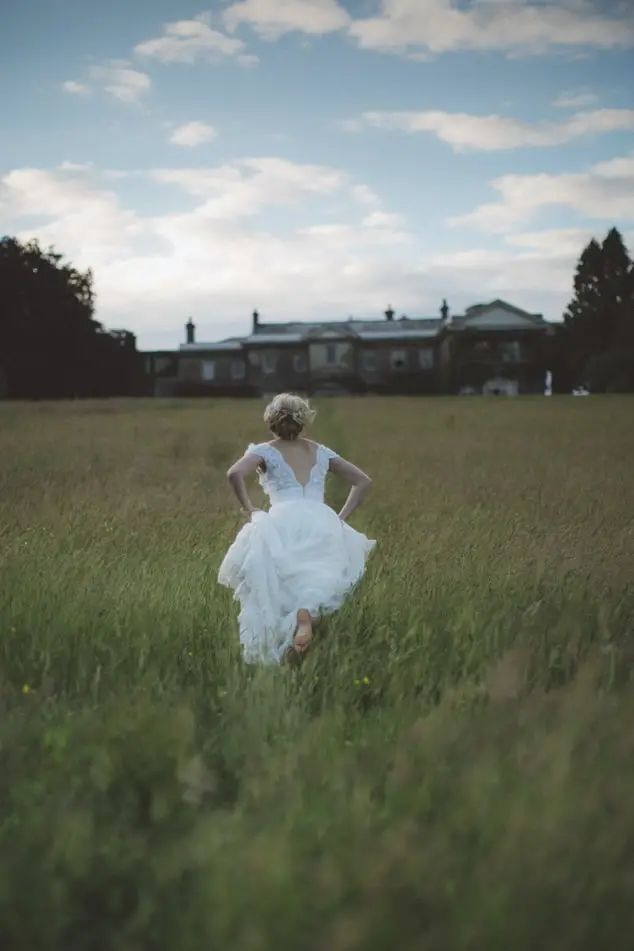 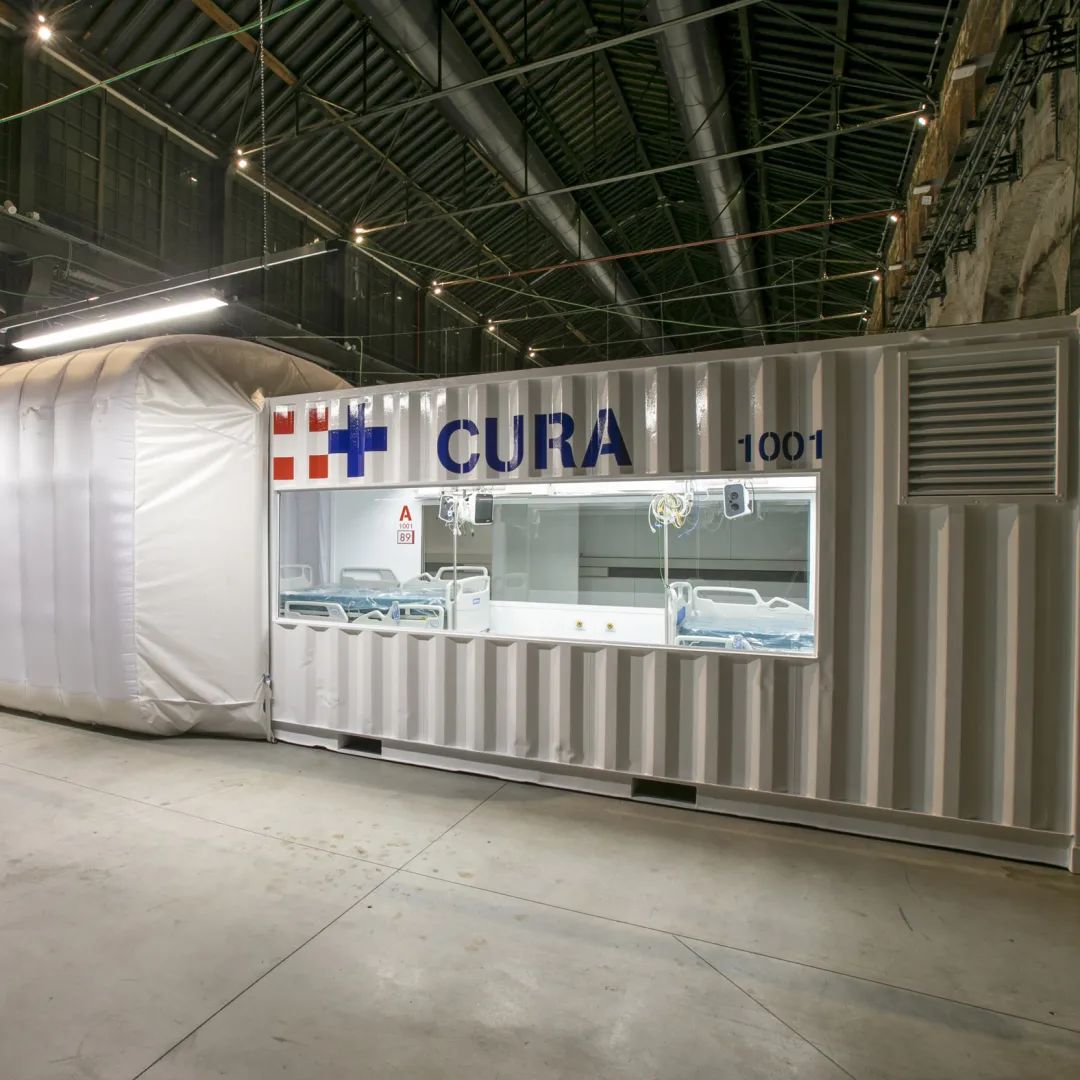 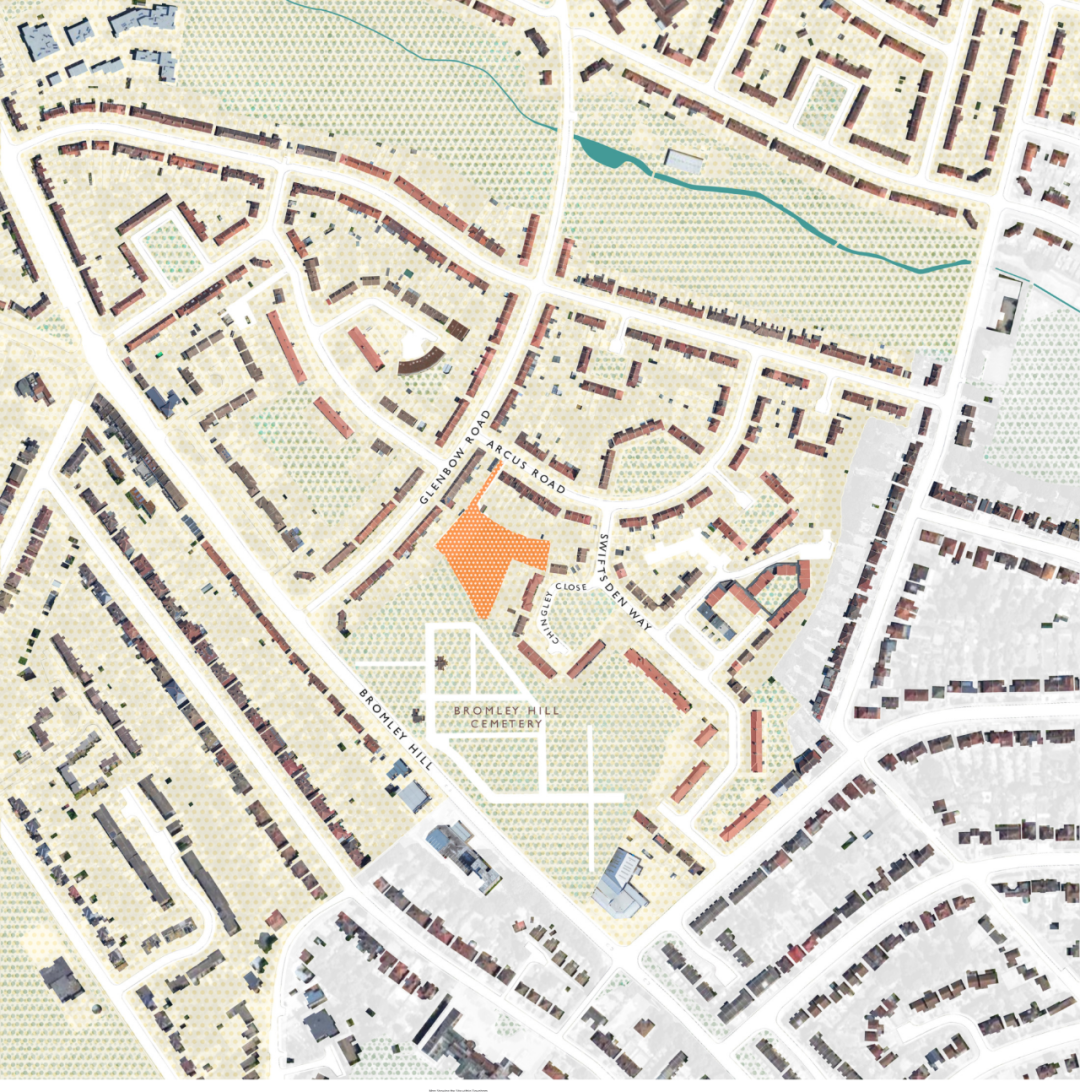